Can I drive there?

The city of Juneau is situated along the rugged coastline of the inside passage, overlooked by a steep mountain range. The combination of big mountains and heavy precipitation formed the Juneau Icefield, a massive sheet of ice covering the mountains east of the city. Given the circumstances, it’s easy to understand why Juneau is the only capital in the US that cannot be reached by car. That said, some state politicians have promoted the idea of paving a road from Skagway along the coast so Juneau could connect to the rest of the world, but whether this will happen remains to be seen. As with some other locations in Alaska, many of the locals seem to prefer their current disconnected situation.

Juneau is a major cruise port-of-call, and almost every cruise ship between Vancouver and Alaska stops here. This, in turn, forms a wealth of day excursions: whale watching (whales love it here), flightseeing, dog sledding, electric-car tours in the rain forest and anything in between. Of course, the cruiselines also bring quite a few tourists, too. If you want to stay away from the crowds, try shooting for the longer day tours (not a great fit for cruisers), make use of the city’s network of hiking trails, or use Juneau as a base camp to proceed to other quieter areas of this wonderful region.

Juneau’s resident glacier, right next to the town itself. You can easily go there by taxi or bus and take the trails along the lake at the front of the glacier. There’s also an interesting visitors center. Crowded for most of the day – best time to go is in the afternoon. Mendenhall Glacier Visitor Center

A mountain overlooking the town (in fact it is directly above the cruise ships’ dock). You can go up in the tramway and see the beautiful views of the region. At the top there’s a restaurant and a movie theater screening films about Indian heritage (the place is owned by the local Tlingit tribe), and a few walking trails and observation points. Mount Roberts Tramway 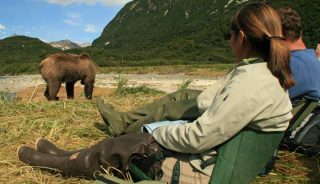 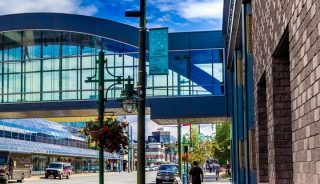 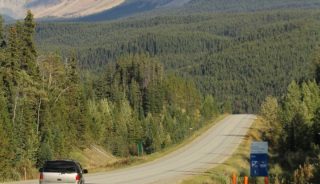