A really good display of northern lights is more than just an incredible natural phenomenon, it’s a philosophical, almost religious experience. Many people come to Alaska in hope of seeing these mysterious lights, but actually seeing them could be somewhat tricky.

In physical terms, this phenomenon takes place when solar energy from the Sun is drawn to Earth’s poles and causes gas reactions in the atmosphere. Each gas creates a different color, and together they create “curtains” of light traveling through the sky. The intensity of the display depends on the intensity of the Sun’s radiation, and the most intense displays occur about three or four days after solar storms on the Sun (not sure what those are, but they sure sound hot).

When is the best time to watch the northern lights in Alaska?

Aurora activity can occur at any given time – day or night, summer or winter. However, the lights can only be seen in the dark, and only when the sky is clear of clouds. In most parts of Alaska there’s no real darkness between May and July, so don’t expect to see the lights during that period. As of mid-August you can start searching the skies, and chances increase as darkness hours become longer.

The best season for viewing the northern lights is spring (around March), when there’s still enough darkness, the temperatures aren’t too low and there’s a good chance of a clear night. Sadly, tourist season starts only two months later. Another good option is in September, when nights get longer and chances for clear nights are pretty good, especially in interior Alaska.

Where is the best place to watch the northern lights?

The solar energy is drawn to Earth’s magnetic poles, not the geographic ones. The North Magnetic Pole is somewhere in North Canada, so the northern lights tend to appear in the northern areas of Alaska and Canada. For clear nights, your best chances are in the interior (the coast tends to be more foggy and cloudy). The area around Fairbanks is considered one of the best places for aurora viewing, but with enough luck you could catch a good display in the southern areas of Alaska as well. For the best results, you’ll need to get out of town to avoid any light pollution.

Unsurprisingly, University of Alaska Fairbanks is one of the world’s leading institutes for northern lights research. The lights can damage satellites and other communication means, so the research is pretty well funded. In the beginning of each year the institute produces a long-term forecast based on times in which active areas of the Sun will face Earth, and a short-term forecast containing additional data that ordinary folks have a hard time understanding (solar wind, particle density and so on).

Via the link below you can see the forecast for the next few days- However, do no forget that it’s not enough for northern lights to be active. You also need clear skies to see them. 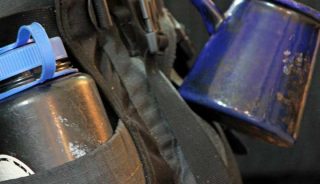 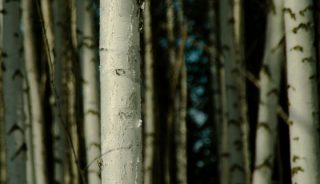 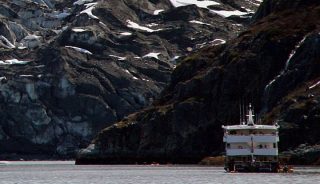